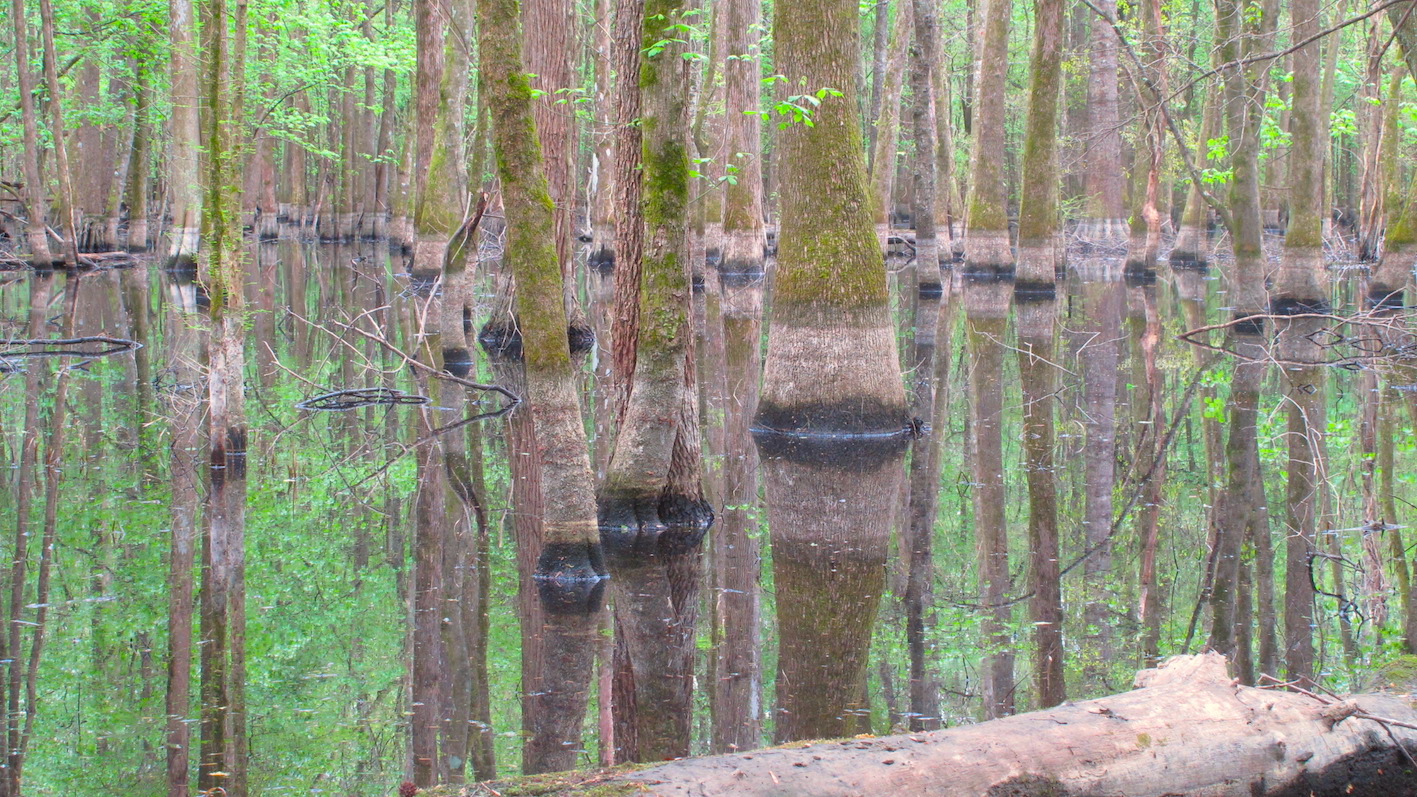 As our fact-finding mission in the US to witness firsthand the origins and impacts of bioenergy being supplied to the EU came to an end, we drew some conclusions. We then went to Washington D.C. to share what we learned about the unproportioned impacts of European bioenergy policies on forests and communities in southern US states with European and American policy makers.

Biomass burning and logging of forests for energy is not an unheard topic among US policy makers. There have been extensive discussions about its role in reducing emissions as part of President Obama’s landmark climate legislation, the Clean Power Plan, which aims to reduce carbon emissions from electricity generation by 32% between 2005 and 2020, with different emissions reduction targets set for each state. As US states try to figure out how they can meet their targets, burning biomass, both in dedicated biomass plants and co-firing biomass with coal in existing coal plants, is on the table as a potential compliance option.

As various European countries (especially the UK, Poland, Belgium and the Netherlands) have already begun experimenting with biomass co-firing with coal, we have some lessons learned to share. Firstly, as most of these co-firing plants only produce electricity, biomass co-firing is turning out to be a rather expensive source of renewable electricity compared to other sources like wind and solar. Secondly, the amount of woody biomass needed to supply these power plants is enormous and must be of a certain quality. This demand requires a steady supply of suitable wood, such as roundwood or sawdust. Most European power plants have not managed to meet needs by relying on European sources and so have been forced to go overseas turning to forests in the US Southeast and elsewhere. Thirdly, co-firing of biomass with coal has rightly raised questions about whether it actually contributes to the phase out of coal – for example, in the Netherlands – or simply extends the life of dirty old coal plants.  The most important lesson learned is that the assumption that co-firing wood with coal actually delivers carbon emission savings needs to be thoroughly checked and studied before launching into further measures which support the practice.

In a way, the US is already a bit ahead of the EU on resolving the issue of carbon emissions from bioenergy.  While the Clean Power Plan Rule has already been announced and published, the US Environmental Protection Agency (EPA) still needs to give States further guidance on how to treat emissions arising from biomass. Unlike current European policies, the White House, the EPA, and its panel of scientific advisors have all recognized that bioenergy cannot be assumed to be a priori carbon neutral.

This has been strongly backed up by the EPA’s independent science panel that has at various times warned against treating all bioenergy as carbon neutral. At the beginning of our mission to the US, the EPA’s Chartered Scientific Advisory Board, which oversees the specific panel of scientists advising EPA on biomass carbon accounting and provides “quality control” over any reports it submits to the EPA, called for a proper, science-based recognition of biogenic emissions. It rejected a report by the panel, specifically calling out a panel recommendation to look at emissions only over a 100 year timeframe. The Board’s decision rebuts this premise and recognizes that forest biomass emissions can have very damaging consequences for climate change, including melting glaciers, sea level rise, disruptions to agricultural systems and effects on human health.

As Europeans, we need to share our experiences with the current policies based on erroneous assumptions of carbon neutrality for bioenergy. On biofuels, ignoring carbon emissions from indirect land use change linked to biofuels resulted in EU biofuel policies driving an increase in emissions compared to fossil fuel alternatives. On biomass and other bioenergy, several hundreds of megatons of CO2 emissions – particularly from forest bioenergy – go ignored each year, jeopardizing the EU’s commitment to reduce GHG emissions.

The evidence is clear that European policies have been based on flawed assumptions concerning bioenergy emissions, but admitting mistakes and correcting policies is never pleasant, neither for policy makers nor investors. American policy makers now have a chance to start off on the right foot and not repeat the same mistakes made in Europe. As Europeans observe efforts by the European Commission to try to come up with a policy on bioenergy that would ensure emissions savings, it’s worth keeping an eye on the work of the US EPA and its scientific advisors.

This post is the final of a series following Sini Eräjää, Bioenergy Policy Officer of BirdLife Europe and the European Environmental Bureau, during her trip to the US east coast to witness firsthand the impacts of Europe’s bioenergy policies on US forests and share lessons learned in Europe.

See Sini’s second post: Many trees, but few forests in the southern US