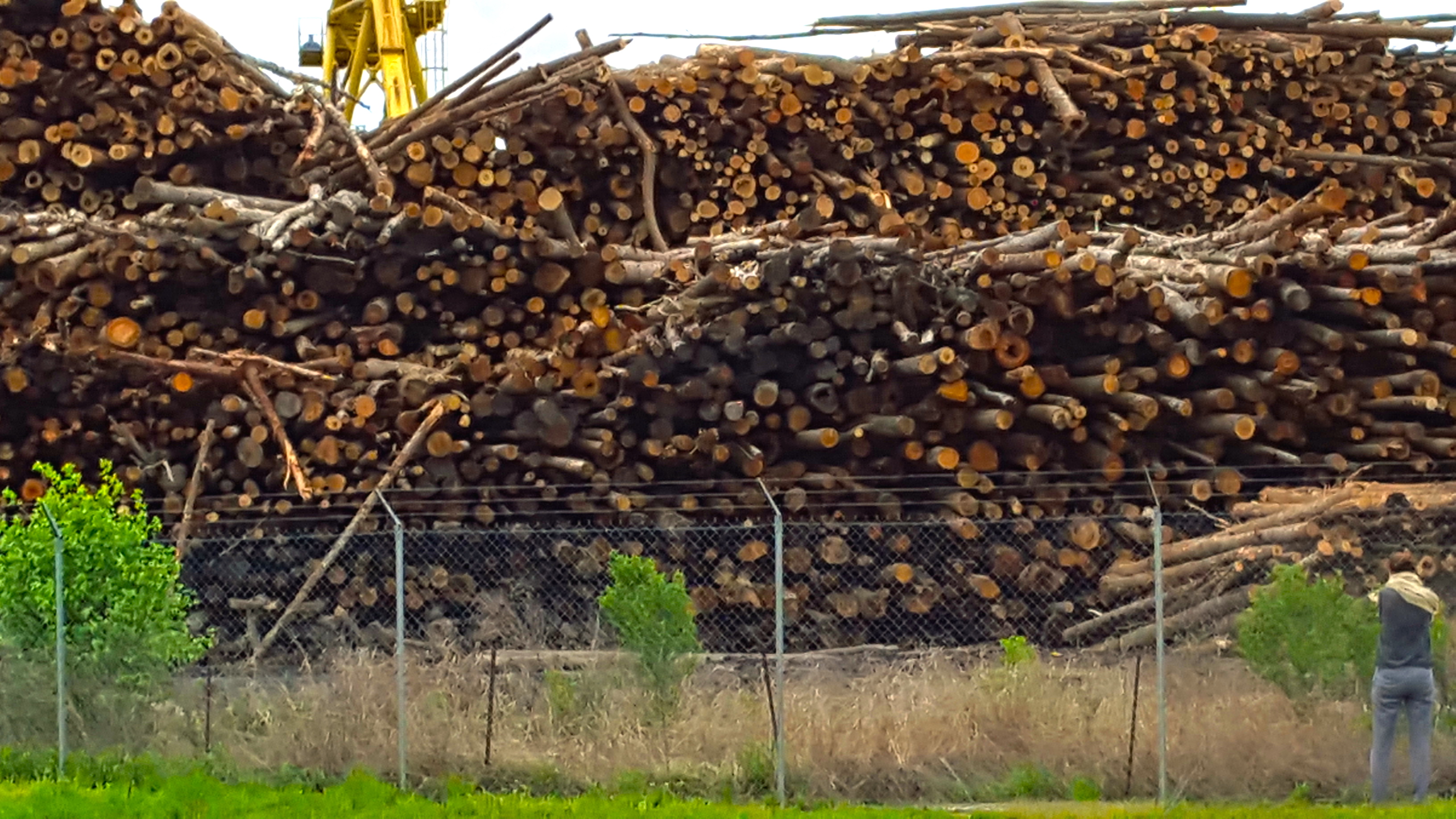 “Communities were not informed nor consulted about this wood pellet facility, the process was everything but transparent. All is decided behind closed doors, and all they tell us is lies, lies, lies. The County claims it doesn’t have money to put a new roof on the school, but it has money to subsidize these harmful facilities?” said a resident from Sampson County, North Carolina.

The past week I’ve been traveling with a group of other environmental NGOs across the South East United States to get a better picture of the impacts wood pellet production for the EU bioenergy market is having on this region. As Sini, a Policy Officer on EU Bioenergy, wrote earlier, this sector has been driving the destruction of wetland forests and conversion of hardwood forests into pine plantations in an area that has already lost most of its unique wetland hardwood forests.

What makes this issue even more striking is the social context in which this story takes place. This became even clearer after talking to local residents. The US South East, despite its endless fertile lands, is home to many poor communities. It’s exactly in these communities where wood pellet facilities are being built. A perfect example is the Enviva facility in the village of Ahoskie in Hertford County NC. The county is very poor; relative to the US average, fewer people have university degrees and job- and income rates are lower. Nearly 26% of the residents live in poverty, but still, the County seems to have money to invest heavily in this facility.

The Ahoskie wood pellet plant has been built right in the center of the village without prior consent from the community, even though the negative impacts of these facilities on the environment and people have been proven to be significant. The biggest issue is its detrimental impact on air quality in the area. Driving past the facility one can see that the closest homes are only a few meters away, with wood dust from the plant often covering cars, shops and houses. The numerous trucks carrying in trees from the surrounding forests and transporting wood pellets to the harbor in Chesapeake, VA, for export are also harming air quality.

A resident of Sampson County, where yet another wood pellet facility is planned, couldn’t get her head around the fact that forests in the area are being chopped down for energy production in Europe. “Bioenergy production is causing loss of trees that are purifying the air we breathe, while emitting carbon in Europe. Doesn’t the EU care about carbon in the air?”

The industry has promised economic development and jobs, claiming they are opening a new market for types of wood like tree tops and other residues that weren’t used before. But local residents and forest owners now doubt these claims. Available jobs for local communities have been low and will only be temporarily available. That is, a few jobs, until the forest has disappeared. They also say it’s not true that the industry is opening a new market for forest harvest residues because these were already used by existing wood-based industries.

One forest owner even said: “It’s not like they made a new discovery here, but the industry is acting like Columbus claiming new land has been found”.

Note: The views and opinions expressed in this guest blog post are those of the author and not necessarily supported by BirdLife Europe/EEB/T&E.