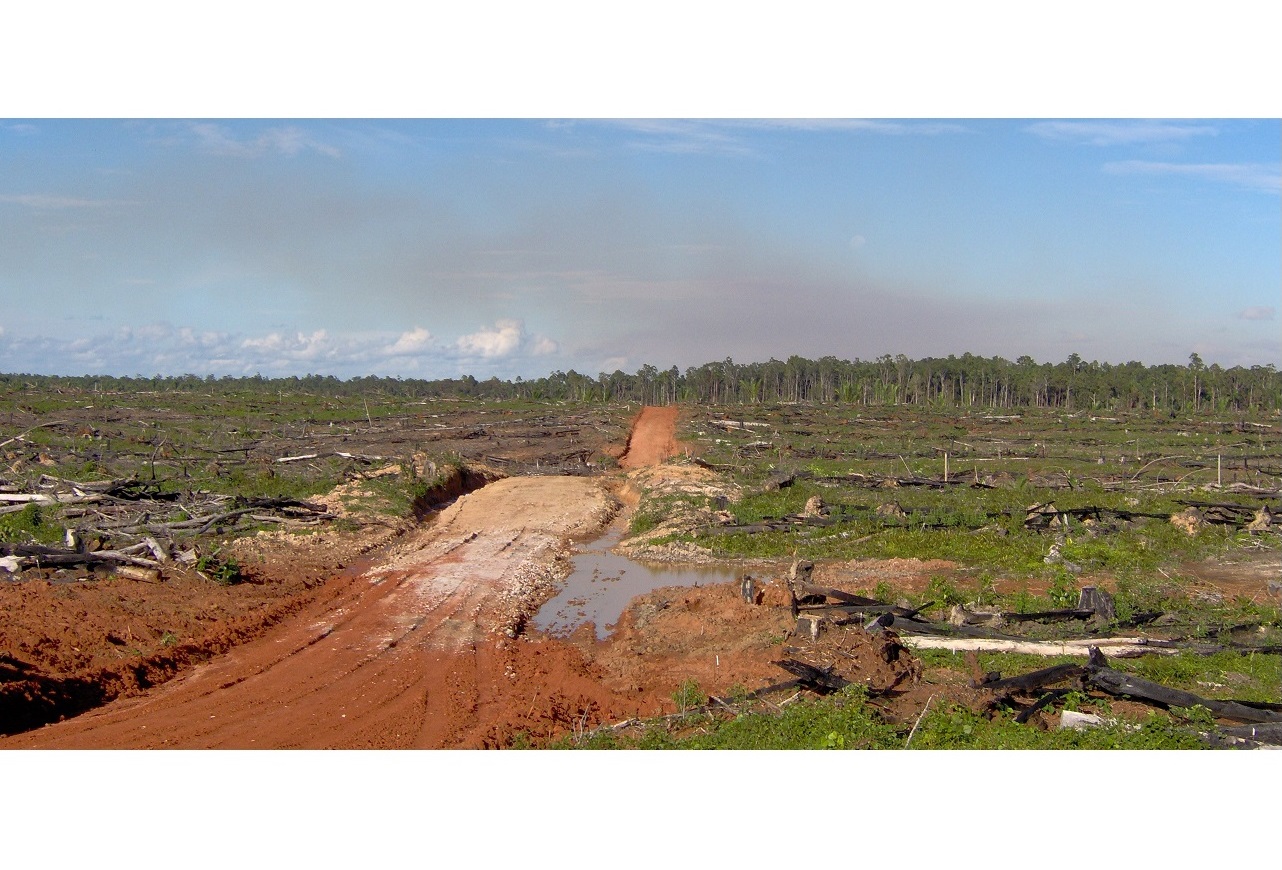 Some of the world’s most valuable forests are still being destroyed in order to make palm oil, of which a considerable portion ends up as biodiesel for use on Europe’s roads. That is the striking message from an investigation by a global alliance of NGOs, including T&E, that has uncovered horrific deforestation in Indonesia’s pristine rainforest in the remote province of Papua. T&E says this highlights the urgent need for the EU to correct the anomalies in European legislation that allow climate-harming biofuels to count towards climate targets.

Palm oil is used to produce a variety of consumer goods, ranging from ice cream and shampoo to biodiesel. An earlier analysis of a European Commission study revealed that the climate impact of biodiesel from palm oil is three times that of fossil diesel because palm expansion drives deforestation and peatland drainage in South-East Asia, Latin America and Africa. Two years ago, new measures came into effect in Asia aimed at stopping deforestation, and buyers of biofuels are now required to monitor their suppliers to check that all products are compliant.

But an environmental alliance called ‘Mighty’, made up of Asian and European NGOs, has uncovered dramatic evidence of massive illegal burning of tropical rainforest for palm oil by a Korean/Indonesian company Korindo. The evidence – collected by remote sensing, drones, and secret filming – shows 30,000 hectares of forest clearance in the Indonesian province of Papua, which is home to the tree kangaroo and several species of rare bird.

No palm oil is produced in Europe, but much is imported from Asia despite campaigns by environmental NGOs to highlight the contribution to global warming by palm oil production. Of the palm oil consumed in Europe, 45% ended up as biodiesel in cars and lorries, all of which counts as zero-emission under climate targets, and fully counts towards renewable energy targets.

The evidence has been presented to the leading companies that buy palm oil in Indonesia and export it to Europe, many of whom say they will stop taking palm oil from Korindo. But T&E says it also highlights where EU policy on biofuels is going wrong.

‘It’s crazy that the EU is still encouraging the use of biofuels that add to climate change as an aid to fighting it,’ said Jos Dings, T&E’s executive director. ‘The EU should phase out “first-generation” biofuels – effectively food-based and land-based biofuels – from 2020 and end the folly whereby biofuels that harm the climate count as zero-emission fuels towards climate targets. If we do not end incentives for bad biofuels, the better ones won’t stand a chance.’

The ‘Mighty’ alliance is aimed at ending biofuels-driven deforestation. It includes the Korean Federation for Environmental Movements (KFEM), the Indonesian humanitarian organisations SKP-KAMe Merauke and PUSAKA, plus the Rainforest Foundation Norway and T&E. Mighty is calling for an immediate industry-wide system to monitor and police deforestation; the deforestation-free palm oil policy is in place already, but it is not being monitored and enforced.