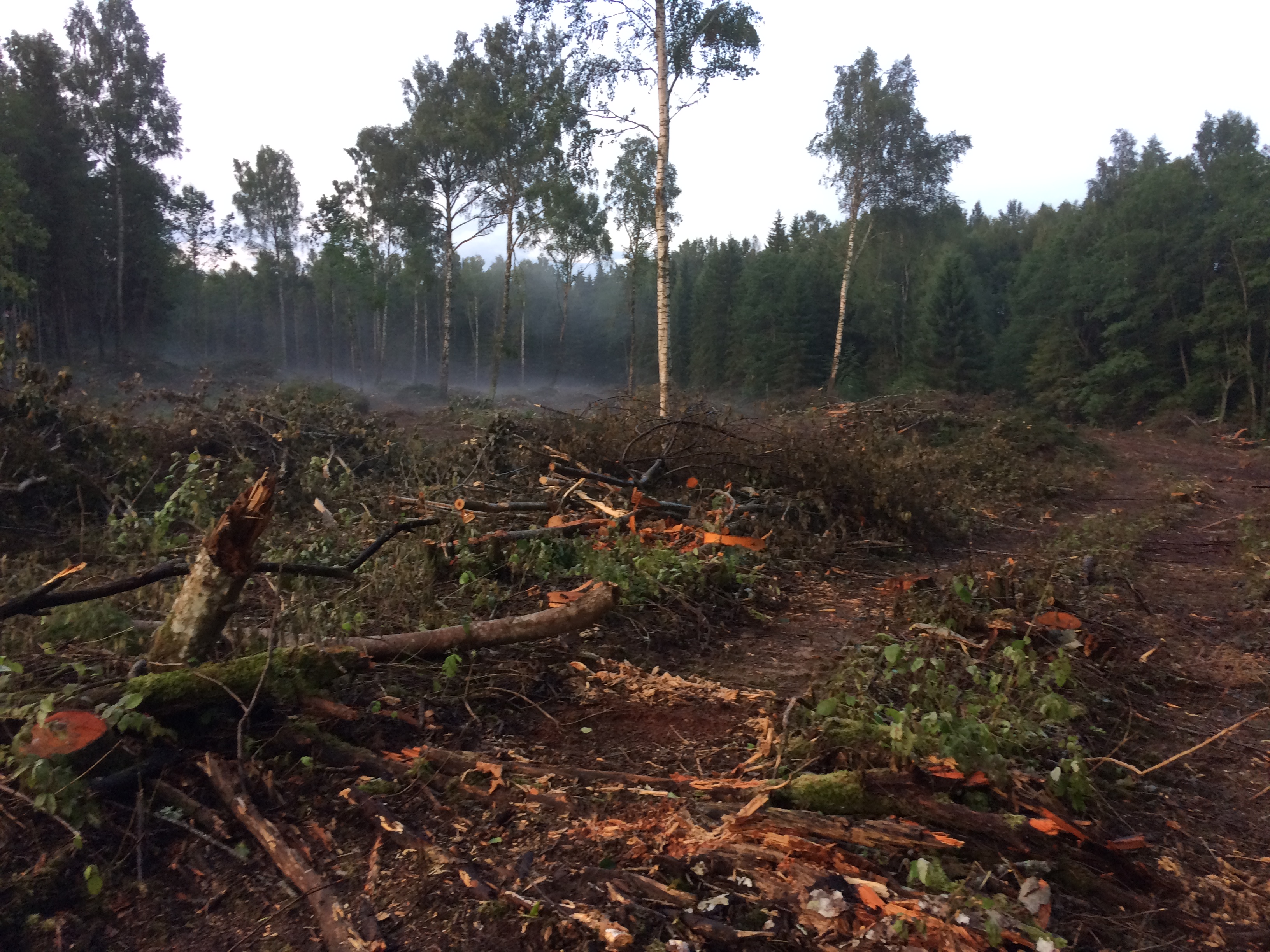 Thursday, 18 January 2018’s vote by MEPs on the future of renewable energy in Europe was overall a blow to forests, wildlife and the climate as they bowed to pressure from the farming and forestry industries and failed to take the opportunity to rule out the use of environmentally harmful biomass.

Despite the pleas of hundreds of scientists in the days before the vote, MEPs failed to introduce a ban on burning stumps and roundwood (trees) for energy. Millions of tonnes of wood are already being used to generate heat and electricity across the EU. Without restrictions on burning whole trees, then the EU’s forests will only come under even more pressure in the coming years.

These policies are putting climate progress at risk too – scientific evidence clearly shows that if you want to reduce emissions fast, burning wood is not the way to go; in fact it can increase emissions relative to fossil fuels.

MEPs did vote to restrict the use of biomass to only the most efficient power plant, which could reduce the overall use of biomass. But without measures to ban the use of the most harmful types of biomass feedstock, Europe’s forests will continue to be put at risk.

Meanwhile, MEPs voted for a new, increased, target for renewable energy in the transport sector. Renewable transport fuels have to date been delivered by environmentally harmful crop-based biofuels. Through land use change these biofuels cause harm to the environment and can result in significant emissions.

A cap on the use of these biofuels was introduced, restricting their contribution to the  2017 levels in each Member State, at a maximum of 7%. However, this still allows significant use of these harmful biofuels, even if measures have been voted for to shift support to ‘advanced’ and potentially more sustainable biofuels.

All this occurred during the same session, considering the same files, where MEPs took some progressive steps on a number of issues that also matter for wildlife. Not wishing to come overall doom and gloom despite the devastating result on bioenergy, it’s worth highlighting these good news elements too. It will be vitally important that the European Parliament maintains a strong position on these issues.

For the recast Renewable Energy Directive MEPs have:

–        supported a strengthening of the renewable energy target to 35%, an improvement on the Commission proposal of 27%. Whilst still lower than the level considered necessary to deliver on the Paris agreement commitments (45% by 2030 would provide a greater chance of delivering net zero by 2050), the Parliament’s position is at least a step in the right direction.

If embraced by EU Governments, this will help them to make more realistic assessment of renewable energy deployment that can be achieved without timely and costly conflict, and to ensure they do not undermine biodiversity commitments in the pursuit of a clean energy future. As a number of Birdlife partners and other NGOs have shown with progressive spatial mapping work (e.g. RSPB’s 2050 Energy Vision; Vogelbescherming Netherland’s National Wind Risk Map for Birds), putting the effort in at an early stage to identify where wind farms and other renewable energy solutions can be built with low impact on wildlife and most importantly usingthis information to prioritise siting of renewables, could help to avoid clashes that we would all rather avoid.

In the Governance of the Energy Union Regulation, an important new regulation that will guide how Europe approaches the wider energy transition, MEPs have:

–        sought greater coherence of the delivery of the ‘Energy Union’ with European nature protection by requiring National Energy & Climate Plans to include assessment of nature protection impacts of policies and plans, and explicitly highlighting that identification of regional energy cooperation opportunities is done in line with the provisions of Directive 2011/92/EU and the Espoo Convention;

–        voted against a damaging proposal that sought to confer priority status on large scale renewable energy projects which threatened to trample all over the very Nature Directive protections we have all fought so hard to maintain;

–        supported the establishment of a new platform for dialogue between civil society, local authorities and governments;

–        backed plans for a specific strategy to tackle methane emissions in the EU – Methane can significantly contribute to global warming due to its potency in the short term following release into the atmosphere. Half of all greenhouse gas emissions come from livestock farming, and methane is also produced when natural gas is extracted and burned. Given this, it is astonishing that methane has so far not fallen under the scope of any EU climate protections. We hope that EU Governments will recognise and accept the need for a strategy to tackle this so far neglected issue.

To ensure Europe achieves a truly sustainable future, including in relation to energy, it is vital that Member States National Climate & Energy Plans are comprehensive in scope, fully consider the complex interactions between all policy areas and are informed by better acknowledgment of the ecological limitations of our finite planet.

We urge the Parliament to hold strong on all these wider sustainability issues as they move into negotiations with the Council. However, to avoid contradictory actions, and ensure this clean energy legislation to have any chance of delivering a truly sustainable energy future that results in the emissions reductions we desperately need, Europe must take stronger action to limit the role of bioenergy in our energy mix.