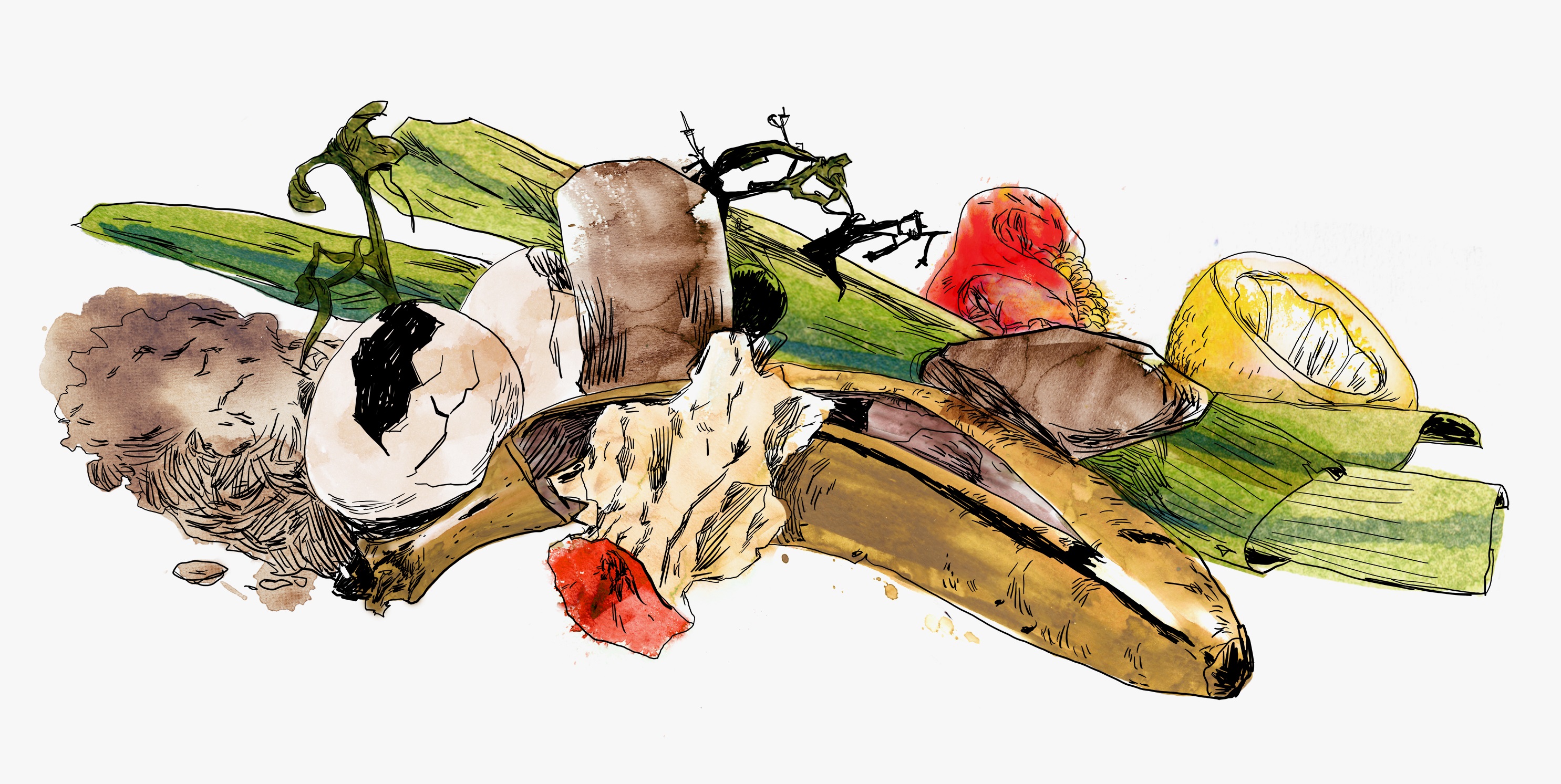 Waste with potential for bioenergy use include sewage sludge from waste water, manure from livestock, biowaste fraction of municipal solid waste , used cooking oil and other industrial food waste.

Never the less, several challenges are also related to the increasing use of bio-based waste for energy. Even if waste is bio-based, it doesn’t mean that it’s truly a renewable resource in a society where the overall aim is to reduce waste production. According to the European waste legislation, priority should always be to first reduce waste as much as possible and then reused and recycle materials  EU’s political agenda that wants to build a circular economy where resources are rather reused than burned and legislation to increase recycling pushes these aims even further. Also, a big part of the resource is very scattered and not simple to collect for energy use.

In addition, much of these “waste” streams are already being used as low-value inputs for industrial and agricultural processes and cannot be diverted to bioenergy production without secondary impacts on downstream markets.

Some proportion of this “waste” plays a valuable environmental role in protecting soil quality through composting. For example straw from agricultural production is also important for the soil and can be used for animal bedding and other uses in agriculture. Tall oil which is a side product of the pulp industry is already used as raw material for biobased chemicals- using it now for biofuels put extra pressure on that feedstock and hence can force to use alternatives such as fossil fuels.

Considering these limitations, the potential of waste resources for energy use is also fairly limited. Incentives to use ‘waste’ for bioenergy need to be carefully designed in order not to displace other uses or to hamper the need to enforce a circular economy.

While many European forests are slowly recovering from centuries of overexploitation, hardly any primary forest is left on the continent

Forests and forest management face a variety of challenges due to ecological and socio-economic developments, such as climate change and an increasing demand for wood from the bioenergy sector. Forests are currently the most important source of bioenergy in Europe. The energy sector is also assumed to be the leading sector in driving increased use of wood, with more than 200 million cubic meters of additional wood use for energy use just between 2010 and 2020. This is equivalent to about 40% EU’s current forest harvests.

Bioenergy imported from outside of Europe is most often also wood, in the form of wood pellets. Europe is already importing more than 5 million tons of wood pellets to burn them in energy facilities, mostly from the Southern US and from Canada. The pellet imports to EU have tripled during the past five years due to renewable energy policies.  Negative environmental impacts of the increased loggings have been strongly highlighted both in the US and in Canada.

Already before EU’s renewable energy policies, side-products of the paper and wood working industries such as black liquor and sawdust have been used for energy. Use of these kind of waste and residues streams, including also waste wood, pruning for landscape management and to some extent residues and branches from harvesting areas are considered to have less negative impacts on nature and the climate. But the availability of these resources is limited and they also have competing uses.

Negative environmental and climate impacts are of particular concerns when the energy demand is driving an increased amount of loggings and whole trees with potential other uses are used directly for energy. Using whole trees (including so called thinning wood, pulpwood etc.) and trees from additional harvesting, has been estimated to create significant carbon emissions and so called carbon debt. Unaccounted emissions for woody bioenergy use in the EU are projected to be 100 – 150 Mt CO2eq annually by 2020, if there are no changes in the bioenergy policies.

Agriculture land is a scarce resource but crucial for human survival. Bioenergy places yet another strain on this important natural resource – a strain that we can barely afford

Bioenergy coming from agricultural land comes in the form of regular crops such as maize, rapeseed or sugar cane. These crops have traditionally been used for food production but can also be turned into different forms of bioenergy. Also waste and residues of agriculture crops such as straw from wheat, empty palm fruit bunches or the cobs and husks of maize are seen as potential sources for bioenergy.

Agriculture products are currently mostly used for biofuels in the transport sector and for biogas to produce electricity. Most biofuels are biodiesel, made of vegetable oils from rapeseed, oil palm and soy. A fifth of biofuels consumed in Europe is bioethanol made plants like sugar cane, maize or wheat rich in sugars. Biogas is often produced from a combination of agriculture residues (and a crop such as maize rich in energy.

The rest mostly contains the world’s remaining, crucially needed natural ecosystems. A growing quest for bioenergy exacerbates this competition for land. When agriculture expands onto new territories it usually happens at the expense of natural areas, further pressuring remaining forests and grasslands worldwide and creating GHG emissions through deforestation and land use change. This, together with impacts on global food markets and prices, has brought the EU to limit the amounts of biofuels in the renewable energy targets.

Even if there’s an ongoing trend of abandonment of agricultural land in some parts of Europe as food production is intensifying and moving elsewhere, opportunities to expand energy production to new land areas remain scarce. Abandoned land is often in areas difficult to reach, can have poor soil condition and hence lead to low yields. If policies are used to bring such land back to cultivation, questions remain on whether bioenergy production would be the most appropriate use of land or whether other demands in society should be getting priority (such as food or material production).

There is also an issue with the way agricultural land is currently being farmed, specifically in the Western world. The latest outlook of the European Environmental Agency highlights the negative impacts of water pollution, excess use of fertilizers and loss of grassland biodiversity. Increased pressures from a growing global population and a shift towards the bio-economy, including bioenergy, are pushing the bar further and further. As many species have already adopted to agricultural landscapes, some of the negatives impacts of land abandonment could potentially also be reserved by something like bioenergy.

Read more about the butterfly effect of biofuels and why we need to Stop Bad Biofuels.