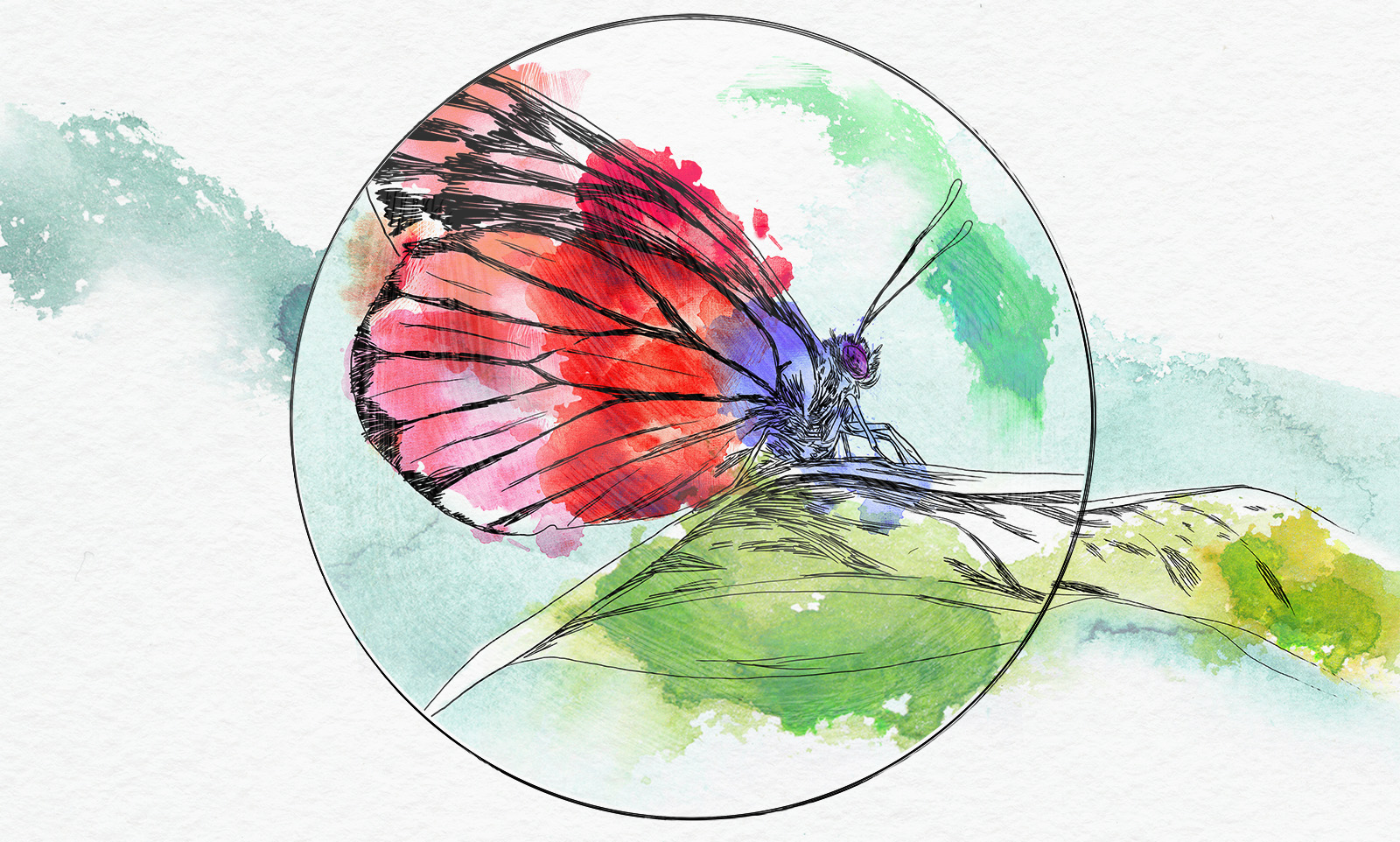 The climate impacts and GHG emissions from increased bioenergy use as well the overall availability of biomass for energy are topics of increasing amount of research and public interest. Various social and environmental impacts have also been widely covered by research. What does the research say?

Does bioenergy use reduce GHG emissions?

“Altogether, the land conversion for biofuel cropland could lead to significant GHG emissions. Even if abandoned land and pastures were mainly used, a global average of up to 10% biofuel use for transport would render the overall mitigation effect of the use of first-generation biofuels questionable.” UNEP, 2009.

“By using a worldwide agricultural model to estimate emissions from land-use change, we found that corn-based ethanol, instead of producing a 20% savings, nearly doubles greenhouse emissions over 30 years and increases greenhouse gases for 167 years. Biofuels from switchgrass, if grown on U.S. corn lands, increase emissions by 50%. This result raises concerns about large biofuel mandates and highlights the value of using waste products.” Science, 2008.

“Scientific work indicates that emissions from indirect land-use change can vary substantially between feedstocks and can negate some or all of the greenhouse gas savings of individual biofuels relative to the fossil fuels they replace.” European Commission, 2012.

“Without addressing land use change, the European Union’s target for renewable energy in transport may fail to deliver genuine carbon savings in the real world. It could end up as merely an exercise on paper that promotes widespread deforestation and higher food prices.” Letter to the European Commission, signed by over 200 scientists, 2011.

“Producing energy from biomass is meant to reduce GHG emissions. But burning biomass increases the amount of carbon in the air (just like burning coal, oil and gas) if harvesting the biomass decreases the amount of carbon stored in plants and soils, or reduces ongoing carbon sequestration. Hence, legislation that encourages substitution of fossil fuels by bioenergy, irrespective of the biomass source, may even result in increased carbon emissions – thereby accelerating global warming.” European Environmental Agency Scientific Committee, 2011.

“The accounting now used for assessing compliance with carbon limits in the Kyoto Protocol and in climate legislation contains a far-reaching but fixable flaw that will severely undermine greenhouse gas reduction goals. It does not count CO2 emitted from tailpipes and smokestacks when bioenergy is being used, but it also does not count changes in emissions from land use when biomass for energy is harvested or grown. This accounting erroneously treats all bioenergy as carbon neutral regardless of the source of the biomass, which may cause large differences in net emissions.” Science, 2009.

“The combustion of biomass generates gross GHG emissions roughly equivalent to the combustion of fossil fuels. If bioenergy production is to generate a net reduction in emissions, it must do so by offsetting those emissions through increased net carbon uptake of biota and soils. The appropriate comparison is then between the net biosphere flux in the absence of bioenergy compared to the net biosphere flux in the presence of bioenergy production. Direct and indirect effects need to be considered in calculating these fluxes.” IPCC, 2014.

“However, projections following a baseline scenario suggest a significant decline (-25 to -40%) of the forest carbon sink of the EU until 2030 compared to 2010. Using wood for bioenergy results initially in a carbon debt due to reduced storage in forests, which affects the net GHG balance depending on the energy type that is replaced and the time span considered (McKechnie et al., 2011). Including additional bioenergy targets of EU member states has an effect on the development of the European forest carbon sink (and on the carbon stock), which is not accounted for in the EU emission reduction target (Bottcher et al., 2012).” IPCC, 2014.

“The assumption of carbon neutrality is often justified on the grounds that burning biomass only returns the carbon absorbed by growing plants to the atmosphere. Plants do absorb carbon, but this line of thought makes a ‘baseline’ error because it fails to recognize that if bioenergy were not produced, plants not harvested would continue to absorb carbon and help to reduce carbon in the air. Because that carbon reduction would occur anyway and is counted in global projections of atmospheric carbon, counting bioenergy that uses this carbon as carbon-neutral results in double-counting”. Energy Policy, 2012.

“From the studies analyzed it emerges that in order to assess the climate change mitigation potential of forest bioenergy pathways, the assumption of biogenic carbon neutrality is not valid under policy relevant time horizons (in particular for dedicated harvest of stemwood for bioenergy only) if carbon stock changes in the forest are not accounted for.” Joint Research Centre (European Commission), 2013.

“There is widespread recognition in the research literature that increasing the levels of wood harvesting in existing forest areas will, in most cases, lead to reductions in the overall levels of forest carbon stocks compared with the carbon stocks in the forests under previous levels of harvesting. Where the additional harvesting is used to supply bioenergy as the sole product, then such forest bioenergy will typically involve high associated GHG emissions (i.e. compared with fossil energy sources) for many decades”. DG Energy Project, 2014.

“This work shows that in 2020 it may be possible to meet the UK’s demand for solid biomass for electricity using biomass feedstocks from North America that result in electricity with GHG intensities lower than 200 kg CO2e/MWh, when fully accounting for changes in land carbon stock changes. However, there are other bioenergy scenarios that could lead to high GHG intensities (e.g. greater than electricity from coal, when analysed over 40 or 100 years) but would be found to have GHG intensities less than 200 kg CO2e/MWh by the Renewable Energy Directive LCA methodology.“UK Departement of Energy and Climate Change, 2014.

“Carbon neutrality cannot be assumed for all biomass energy a priori. There are circumstances in which biomass is grown, harvested and combusted in a carbon neutral fashion but carbon neutrality is not an appropriate a priori assumption; it is a conclusion that should be reached only after considering a particular feedstock’s production and consumption cycle. There is considerable heterogeneity in 4 feedstock types, sources and production methods and thus net biogenic carbon emissions will vary considerably. Of course, biogenic feedstocks that displace fossil fuels do not have to be carbon neutral to be better than fossil fuels in terms of their climate impact.” US Environmental Protection Agency Science Advisory Board, 2011.

Do we burn more than we should?

“Some organizations have advocated for a bioenergy target of meeting 20 percent of the world’s total energy demand by the year 2050, which would require around 225 exajoules of energy in biomass per year. That amount, however, is roughly equivalent to the total amount of biomass people harvest today—all the crops, plant residues, and trees harvested by people for food, timber, and other uses, plus all the grass consumed by livestock around the world.” World Resources Institute, 2015.

“There is definitely not enough wood to satisfy the combined needs from the forest based industries and the wood energy producers from domestic sources in 2030.” Mantau et al., 2010.

“Excluding some of these areas mainly for agronomic and environmental reasons, we estimate that an order of magnitude of between 1 and 1.5 million hectares of land could be investigated further for energy crop cultivation. This figure may be on the high side in that it includes significant areas that are not identified easily in current agriculture or land use statistics.” IEEP, 2014.

Burning more biomass for energy: what are the impacts?

“However, due to the potential negative consequences of its use as a mitigation strategy, bioenergy development leads to several emergent risks, which are summarized in Table 19-2. Systems that may be vulnerable to bioenergy development are food systems (high confidence, due to bioenergy feedstocks replacing food crops, see Table 19-2.iii, Sections 19.4.1.) and ecosystems (high confidence), where biofuel cropping can directly or indirectly induce land use change, displacing terrestrial ecosystems such as forests, which can otherwise also act as carbon sinks, see Table 19-2.i).” IPCC, 2014.

“Further expansion of bioenergy production may cause direct adverse effects on the environment and indirect effects due to displacement effects (changes and shifts in land-use, e.g. from grassland to arable land). These direct and indirect effects may undermine an important goal society is trying to achieve with the use of bioenergy — reducing greenhouse gas emissions — and jeopardise the achievement of other environmental goals, such as the protection of biodiversity and water resources.” European Environment Agency, 2008.

“During the 2007-2009 period biofuels accounted for a significant share of global use of several crops – 20% for sugar cane, 9% for vegetable oil and coarse grains and 4% for sugar beet. Projections encompass a broad range of possible effects but all suggest that biofuel production will exert considerable upward pressure on prices in the future. Moreover, as long as governments impose mandates (obligations to blend fixed proportions of biofuels with fossil fuels, or binding targets for share of biofuels in energy use), biofuel production will aggravate the price inelasticity of demand that contributes to volatility in agricultural prices.”
OECD et al., 2011.