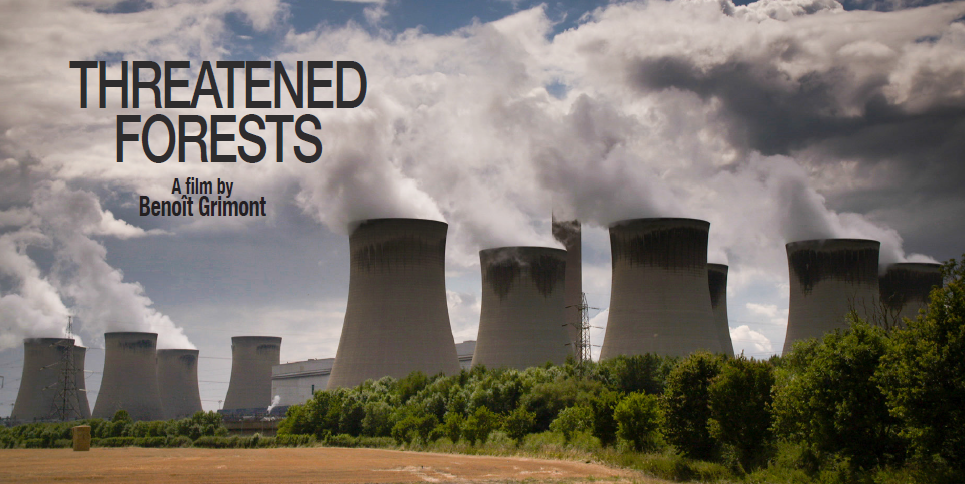 Director Benoît Grimont gets personal about his experiences filming ‘Threatened Forests’, a documentary which charts the recent arrival of biomass power in France and how this industry treats wood as a seemingly endless supply of ‘renewable’ energy. The film reveals the true threat that biomass energy poses to forests in Europe and beyond.

How did you become engaged in making this film?

Many assume I became involved because I’m an environmentalist. Although the experience has made me one more so, the truth is that when France 5 first approached me and asked if I’d like to do the film, my first thought was great, this will be fun. I was under the impression it would be a film about forests, and since I grew up in a part of France that is forested, I was excited at the prospect. It didn’t take me long to find out the truth.

Were there any other surprises?

Yes, it seemed like every step of the way I discovered something scandalous has been happening in Europe. First, I was surprised to learn about this EU Policy which says that burning wood for energy is considered carbon neutral. Really, burning wood doesn’t release emissions? There’s a letter from scientists across the US which says that this is not true. Even the White House has released a report that this is not the case. I asked myself, why is Europe still ignoring this?

Another surprise was seeing the initial proposal for the biomass plant in 2012, which said that to be accepted and receive government subsidies, all biomass projects must meet a minimum 60% efficiency when burning wood to produce electricity. 60% didn’t seem very efficient to me. I was then further shocked to learn that these rules were changed for E.ON because they couldn’t meet this requirement. Instead, they are only supposed to meet a 30%, or according to E.ON a 40% efficiency. So a big plant like Gardanne got the license to convert from coal to biomass with such low standards!

Unbelievable to think beautiful healthy forests will be cut down to produce electricity so inefficiently. 30% is 3 out of 10 trees! I think the reason behind it was political as the decision was made around election time. E.ON threatened to close the plant if their project was not approved. With around 80 jobs linked to the plant the French government decided to make an exception.

How have local communities reacted?

Local communities weren’t consulted at all, not even the mayors of the forested areas were aware when the decision was made. They are not happy about the situation and are afraid of what the future holds for their forests. They believe it will have negative economic consequences on the area.

What impact do you hope the film will have?

I hope the film will help bring more awareness to the issue, and the impact this industry is and will have. The French in general are not big environmentalists, but when the documentary aired on France5 this past October, nearly a million viewers watched. So this is a sign that this is an issue French citizens care about.

I think the pellet industry is starting to get worried because of the public interest and local protests that have been occurring. They have even started their own campaign to try and change public opinion.

Well, on an individual level foresters say they don’t agree with everything that E.ON is doing. But they also say that since their forest is sustainably managed they can sell to E.ON with a good conscience. In other words, most of the foresters have given me the impression that they do not believe they are the problem, that they don’t feel guilty for what is happening.

What is your general impression of the industry?

The industry didn’t seem to care I was making the film. When I went to the biomass plant to interview the fellow in charge, it was obvious he didn’t know anything about forestry. The interview was disappointing and didn’t go very well because he couldn’t really answer any of my questions.

Do you believe there are any solutions?

I believe that alternatives to burning trees for electricity do exist. The scale of the deforestation that will be needed to supply Gardanne over the next 20 years of its commitment will be huge. Forests around Gardanne and forests in the US and elsewhere are in jeopardy. I think NGO’s like Dogwood Alliance in the US, Biofuelwatch in UK, and SOS Forests in France, have a big fight ahead of them. They are managing to slow things down, but it’s too soon to say whether or not their actions will make a difference in the end. The first trees are scheduled to be cut in 2016.