What does bioenergy have to do with saving the Aquatic Warbler?

Bioenergy has been in the spotlight a lot lately because of its questionable ‘sustainability’. But in Poland, the production of biomass energy has become part of the Polish Society for the Protection of Bird’s (OTOP) strategy to help bring the Aquatic Warbler, one of Europe’s few globally threatened migratory songbirds, back from the edge of extinction.

Aquatic Warbler are small brown sparrow sized birds. Unlike other songbirds, the males sing at sunset rather than sunrise during the breeding season. Another interesting trait is that they’re rather promiscuous since both sexes mate with multiple partners and a single brood can be sired by up to five different fathers. The females build nests on the ground on sedge tussocks or within dry plant material and then raise chicks entirely on their own.

Once found throughout Europe, this species is now classified as ‘vulnerable’ on the European Red List of Birds (based on IUCN Red List criteria and categories) and the IUCN Red List of Endangered Species. Today, it’s limited to a very tiny area with only 60 known breeding sites, mainly in Poland, Belarus and Ukraine. Why is it in so much trouble? Well, this species is an extreme habitat specialist. During the breeding season it depends exclusively on fen mire habitat and open wet peat meadows. These meadows must be covered by sedges to offer protection and must also have stable water levels so nests aren’t flooded. But natural fen mire habitat has disappeared across Europe because of drainage and conversion to agriculture. Also, the loss of traditional farming practices like hand-mowing and cattle grazing, which helped keep suitable open wet meadow habitat available, are no longer practiced. These two factors are largely responsible for the demise of the species.

With nearly a quarter of the remaining population still breeding in Poland, the Polish Society for the Protection of Bird’s (OTOP) and other partners have made it a priority to save the bird. Under the ‘Aquatic Warbler and Biomass’ project, they were able to do so by recreating and restoring suitable breeding habitat in 6 Natura 2000 Special Protection Areas. They’ve been doing this by removing trees and mowing wet overgrown fields in selected sites with a modified piste basher (snow groomer), a vehicle used on ski slopes and able to handle very wet conditions unlike traditional tractors.

Next came the question: what to do with all the cut vegetation (mown sedges, reeds, grasses)? It has little value as cattle fodder because of its low nutritional quality, so alternatives in biomass management were explored and tested: biogas production, composting and production of solid fuel (briquet/pellet). After some investigation, the best solution was to turn it into a sustainable renewable solid fuel – briquette or pellet. 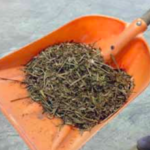 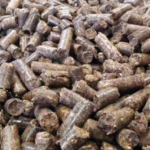 Today, in the six sites where biomass is being harvested to maintain breeding habitat for Aquatic Warbler, the raw material is brought to local pelleting facilities. OTOP has even opened a new facility called ‘OTOPellet’ in the Biebrza Valley, where OTOP owns and manages 350 ha of meadow. The OTOPellets reach a caloric value of 16GJ, which is better than straw pellets and only slightly less efficient than wood pellets. The pellets are sold in the retail market for domestic wood pellet boilers and also being used in power stations.

Since the project started in 2010, the numbers of singing male Aquatic Warbler in Poland have increased, local ecosystems have been restored, and sustainable renewable biomass energy is being produced. This example shows that with a bit of imagination, innovative opportunities do exist to combine bioenergy and nature conservation.

Romania – Up in Flames

Corn mania, the absurd hunger for bioenergy in Germany

Biodiesel: a cure worse than the fossil disease