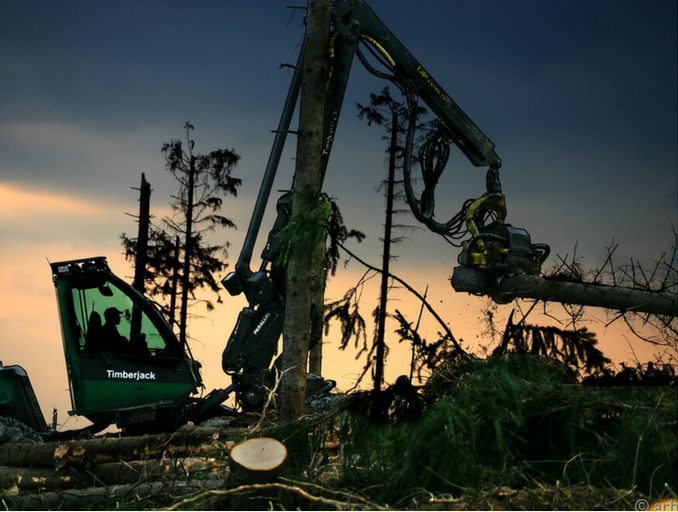 At 4:00am on June 14 exhausted negotiators of the EU Parliament and European Council agreed on a new framework for renewable energy – the Renewable Energy Directive (RED) – for the time between 2020 and 2030.

Despite best efforts by the Parliament (credit to negotiator Bas Eickhout MEP and his team) the Council ultimately succeeded in making sure that the agreement failed on two of its key objectives: to make Europe’s commitment to renewables fit for the Paris Agreement and to solve the thorny issue of bioenergy sustainability.

On the overall level of renewable energy the agreed minimum target of 32 percent falls dangerously short of the level necessary to prevent catastrophic climate change.

Equally worrying the new rules fail to ensure that what is supported by states as “renewable energy” actually has a net-positive effect on the climate and doesn’t harm wildlife. By continuing to support unsustainable forms of bioenergy and biofuels the RED will ultimately make it harder – not easier – to meet Europe’s climate commitments.

Already in February the EU failed to rule out the burning of stumps and stemwood for energy, which would have limited bioenergy feedstocks to forestry residues and wastes. That means that those types of bioenergy that are likely to result in even higher greenhouse gas emission than fossil fuels (as the EU’s own scientific advisors have warned) will continue to receive generous state subsidies by masquerading as “renewable energy”.

The Commission’s original draft for the RED had proposed to a least limit the use of woody biomass to co-generation, i.e. a process that produces both heat and electricity at the same time; putting an end to squandering our valuable wood in inefficient electricity-only plants, often outdated coal plants.

But the framework agreed in the late-night session watered down this proposal to the extent where it became almost meaningless. Power stations over 100MW will be allowed to burn wood for electricity-only if they meet an minimum efficiency of 36%.

This is laughably low as Drax power station in the UK (a converted old coal plant) is already far beyond that value. This now opens the door to old coal plants across Europe to convert to burning unprecedented amounts of wood. (Drax alone burns more wood in a year than the entire forestry harvest of the UK).

Between 50-100MW power stations will have to meet “best available technique” (BAT) criteria, while plants below 50 MW (big enough to power 50.000 homes) will not have to meet any efficiency criteria at all.

Sustainability criteria for the sourcing of forest biomass for energy are limited to a weak “risk-based approach”. In simple terms, this means operators will need to check whether a country has laws in place on sustainable forest management (SFM) and on the accounting of emissions from biomass harvests (LULUCF). If countries don’t have these rules in place (as is the case in most US states for example), operators simply need to show management systems are in place in the ‘sourcing area’ to minimise risks. This will be insufficient to end e.g. the raiding of valuable wetland forests in the US South East for wood pellets exported to Europe.

Regarding transport biofuels the deal limits the contribution of biofuels made from food-crops to the levels achieved nationally in 2020, still allowing for a further increase between now and 2020.

The big question had been what would be agreed on palm oil, given that palm oil is one of the key driver of tropical deforestation and more palm oil is now being imported into the EU for biofuels than for food and cosmetics. The Parliament had been pushing for an end to state support for the use of palm oil as a biofuel.

In the end the compromise reached was disappointing in its vague language:

Rather than referring to palm oil the text says that “high indirect land-use change risk biofuels for which a significant expansion of the production area into land with high carbon stock is observed” will be capped at the member state’s 2019 level and from 2023 a gradual phase out will start to 0% in 2030.

There will be a lot of pressure on the Commission from the governments of palm oil producing countries like Malaysia and Indonesia who will try to argue that not all palm oil production expands into forest, which could end up frustrating any attempts at phasing out palm oil as a biofuel.

Ultimately the European Union institutions only ensured that by failing to solve the issue of biofuel/bioenergy sustainability they have set up another round of re-opening the file in the near future.

There was one small ray of light in regards to bioenergy: member states may apply additional sustainability standards.  That means all eyes are now on member states who have an opportunity to right the wrongs of the EU.

Civil society in member states will now gear up to oppose unsustainable use of biomass/biofuels at the national level. Not least through the National Energy and Climate Plans (NECPs), new frameworks within which EU Member States have to plan and consult on their climate and energy objectives and targets.